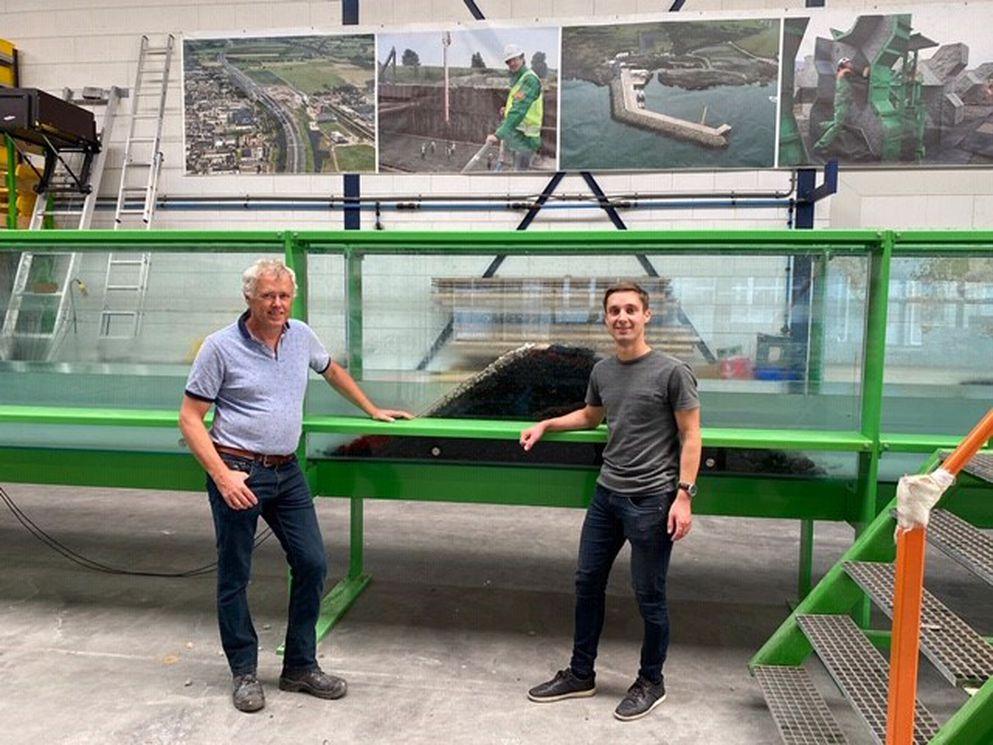 On Friday 11 September, the new premises of our water laboratory in Gouda were festively opened. As the founder, Bas Reedijk (Head of the Water Department at Delta Marine Consultants), was allowed to open it.

Bas: 'Having a water laboratory is essential for innovative solutions for protection against the effects of climate change. In our previous water laboratory in Utrecht, we developed the XblocPlus, and thus won the Afsluitdijk project'.

The water laboratory is a stone's throw from the DMC headoffice. Trucks can easily reach the new premises. The blocks and other heavy materials needed to carry out tests can also be easily lifted and moved using an indoor crane.

Our water laboratory, a must for the development of our blocks

In the new water laboratory, the space and conditions are perfect. In the wave flume we use model tests to investigate the hydraulic stability of breakwaters, dikes and dams, the effect of wave force on structures, wave overtopping, hydraulic structures and dynamics of floating structures. For example, we investigate the various possibilities of coastal protection and introduce new solutions to score new projects. This is very important in these times of rising sea levels.

A good example of a recent test was for a project in Africa where our Client wanted to know more about the overtopping of single layer XblocPlus in comparison with double layer Antifer Cubes. As the XblocPlus layer looks very smooth, the Client was afraid of high overtopping and as a result a higher sea wall structure.

From literature we know that Xbloc and XblocPlus nearly give the same overtopping discharge and that Antifer Cubes lead to more overtopping. Under the guise of ‘literature is good, but physical model testing is better’, we performed hydraulic model tests in the BAM Water Laboratory in a test setup similar to the European CLASH Overtopping Research. We found slightly lower overtopping than during the CLASH tests, but the tests enabled us to directly compare the roughness which confirmed that Antifer Cubes give more overtopping than Xbloc and XblocPlus and that XblocPlus is hydraulically rough, even though it is visually smooth. Also not unimportant for the project: XblocPlus leads to 60% less concrete consumption and 60% less CO2 emissions in the wave protective layer and offers an increased resilience to climate change.

Watch the video of an overtopping test 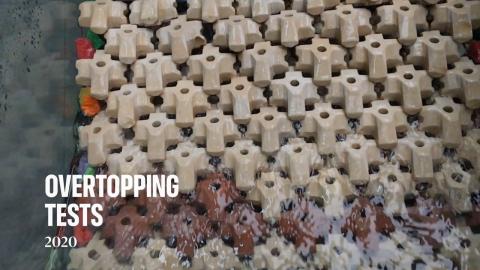 You have not yet given your permission to place the required cookies. Please accept targeting cookies in order to view this video.